This app, developed by Aptus Speech and Language Therapy, is essentially a following directions/auditory comprehension app.  One can work on simple one step instructions, such as “Which one is (color or size)?” or “Touch the (object).” One can increase the complexity by adding color + size to the task such as “Touch the small yellow bag” and further by making it a two-step instruction like, “Point to the small yellow bag and the big pink hat.” The next level of difficulty adds the temporal concepts before and/or after to the instruction. One can select to focus on one or the other concept, its position at the start or middle of the sentence, or both alternating the position in the instruction such as:

Touch the butterfly before you touch the bag.

Touch the butterfly after you touch the bag. 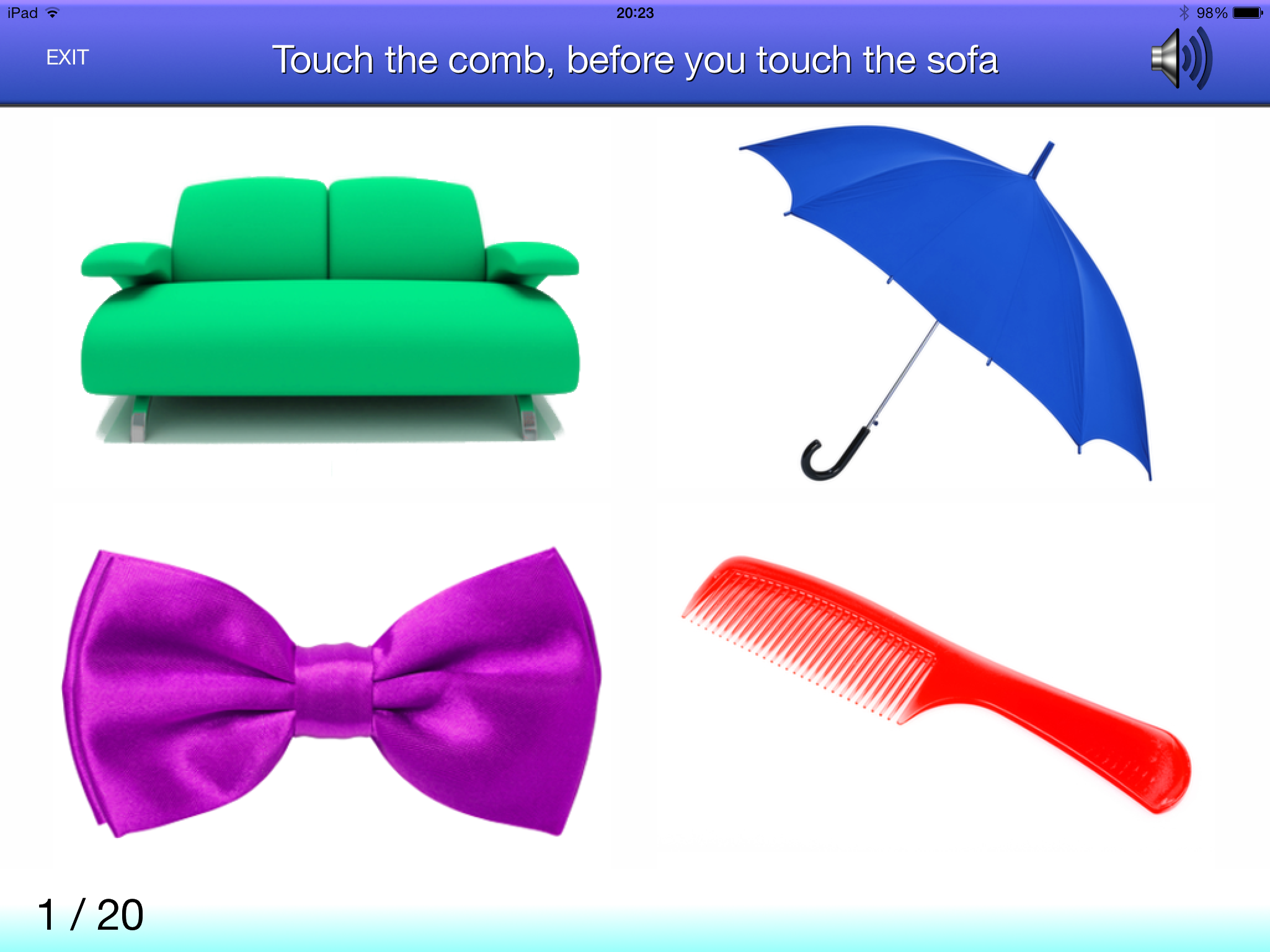 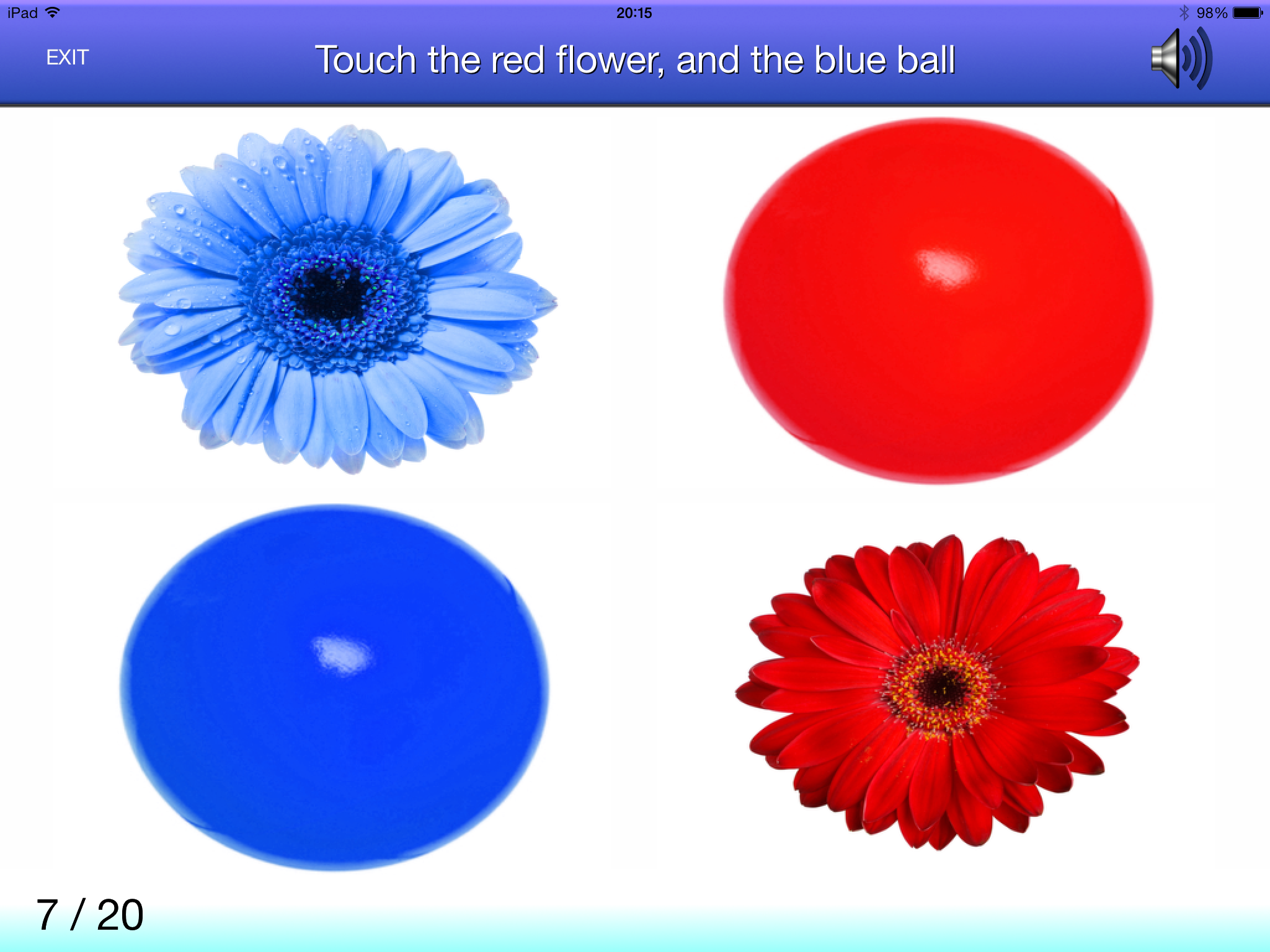 Incorrect selections are Xed accompanied by the plucking of a guitar string (if audio feedback is chosen in options) and correct selections are checked along with a tinkling sound (again, if audio feedback is selected). I like the 29 clear and brightly colored photos of objects. In addition to the objects are  five primary color and tw temporal concept choices—before and after.  One can select the number of trials of the task. The number selected appears on each screen.The child’s score is shown with number correct shown along with the number of trials: 2/5 = two out of five trials correct, and the error(s) such as “pink box for green box.” One can select audio feedback, only positive feedback or no feedback. Mode options are audio + text, audio only, or text only. There is no database, record or reward options. Because this app was designed to be used by adults, as well as children, the developer felt it best to omit rewards.

This app is straightforward and unadorned. Am I enthusiastic? Not Really. This app reminds me of the apps available when the iPad first entered the market. Apps have come a long way since then. It is left to be seen how this one will do in the competitive app market.